Flat Out Engineering is a California based company owned and operated by 60+ year veteran hot rodder Don McNeil. Modifying cars has been in Don’s blood his entire life. He began modifying cars (of his own and those of other unsuspecting vehicle owners, if you could hear his father tell it!) in the early 50’s and has just never stopped. The 60’s saw Don racing Tri-5 Chevy gassers and buying new big block Pontiacs and El Caminos. Don owned small hot rod parts supply outfits in his home state of Indiana from the late 60’s thru the mid 70’s, before moving to California in 1978 and opening the now legendary Specialized Auto Components (SAC) in Anaheim, California. After moving on from SAC in the 90’s, Don was nowhere near done creating and building high end hot rod parts!

Every Flat Out part is laser cut, tig welded, cleaned, inspected, packaged and shipped in California. Don prides himself on his customer service and his quality. He literally has his hands on every part that leaves his building! Don’s vast experience and technical savvy in building and finishing hot rods and classic trucks is second to none.

Thank you for checking out Flat Out Engineering and we hope to talk to you soon! 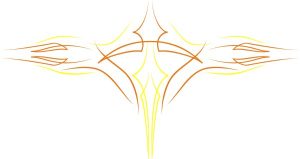